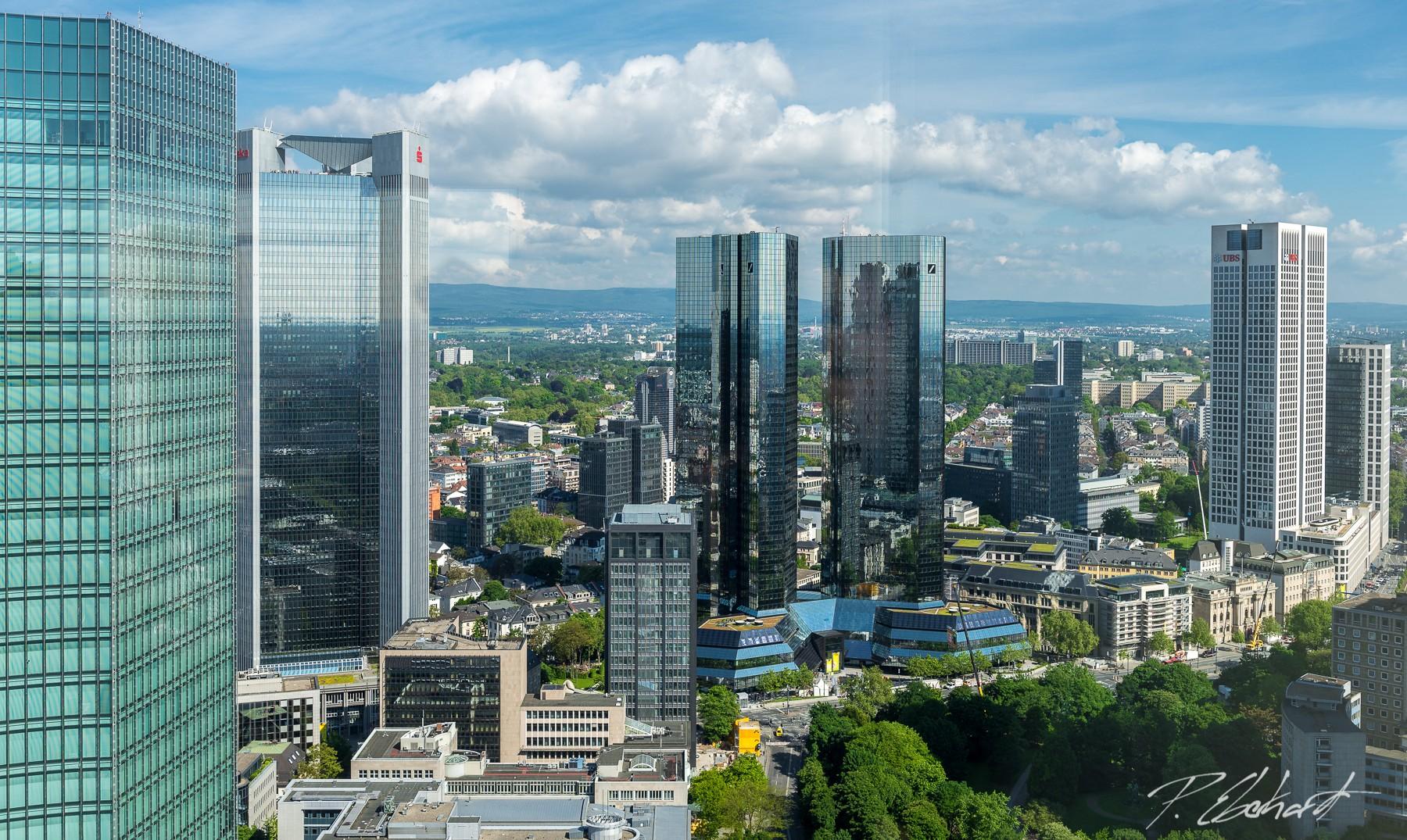 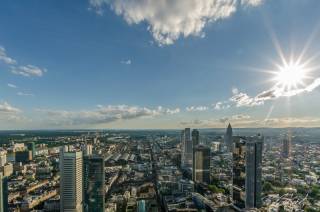 The Wolkenkratzerfestival is held this year on the 25th and 26th of May in Frankfurt, Germany. The last one was in 2007 and attracted 1,2 million people. It is one of the rare chances to go up most of the skyscrapers in Frankfurt. Usually the only accessible skyscraper in Frankfurt is the Maintower which is located directly in the middle of all the others, but still has a stunning view. 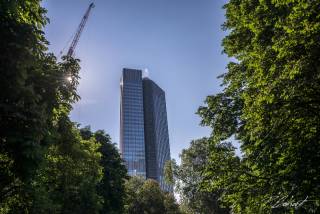 To go up skyscrapers you need to get one of the free tickets which you could order over the internet the month before. They are usually gone in half an hour and during that time it is really really hard to access the website, because so many people are trying. This time 18 skyscrapers and the Eschenheimer Turm, which technically is not a skyscraper, but one of the biggest old towers, are participating. 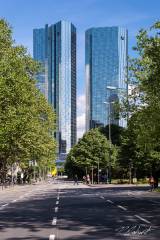 The Commerzbank Tower, Deutsche Bank, Westend 1,Main Tower, Skyper, Main_Forum, Gallileo, Jumeirah Frankfurt, Torhaus Messe Frankfurt, Leo, Silberturm, Tower 185, Eurotower, Trianon, Opernturm, Eurotheum, Messeturm and Westendgate are the skyscrapers of choice. For most of the skyscrapers if you go up you are behind windows, which makes it difficult to actually take photos, the only ones (I know of) which have an outdoor plattform are the Trianon, Maintower and Eurotheum, but I’m not sure about most of the others because usually you can not go up there. 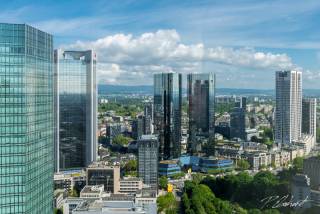 This time I also was only able to obtain tickets for the Gallileo, which is behind windows. The view still was amazing even though the Gallileo, which is owned by the Commerzbank, is also right next to the other skyscrapers. You can actually walk around on the top floor and have the view towards the Main river, the Central railwaystation and towards all the other skyscrapers. 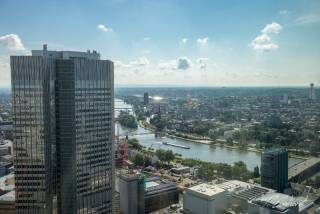 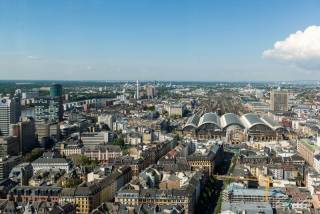 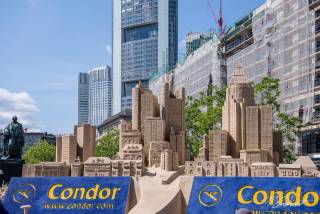 Besides all the skyscrapers there are lots of activities for young and old. There are lots of stages where music is played, food stalls, cranes which take you up into the air to have a better view, lots of activitys for kids like jumping castles and much much more. Most of it, besides the food is also for free, which means you have to wait quite a while, because so many people want to try stuff. For the music stages they also hired famous (at least in Germany) singers like Nena, Blue and Heino, but they will all be there for the evening programm. 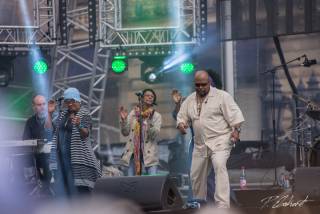 While you wait for this you can try out bungee jumping, motor bike shows, football on the side of a building and towers build completly out of humans (live ones 😉 ). If you are somewhere near Frankfurt this is something you should absolutly not miss, but I would advise you to go early, because this morning it wasn’t as crowded as it was at noon. 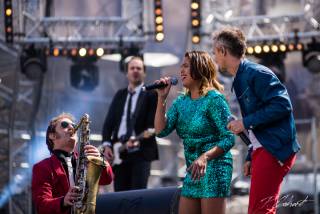 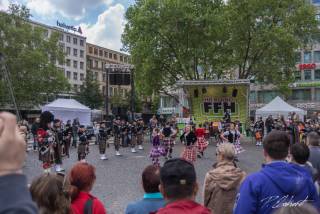 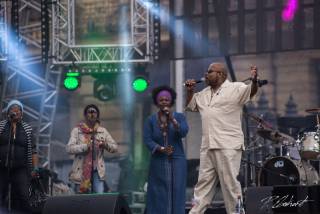 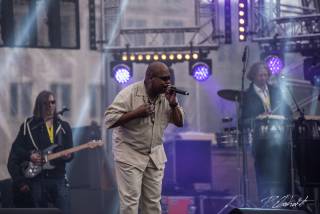 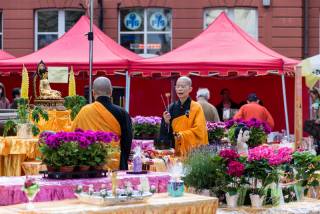 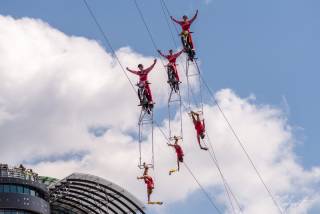 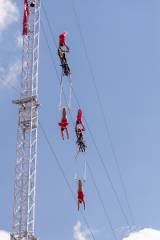 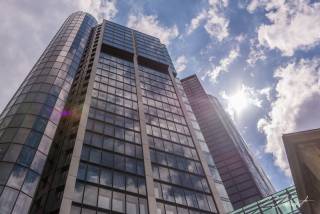 Tonight there will be fireworks shot from the skyscrapers at 22:30 and I will go there again to try and take pictures, not sure if I’m able to find a good spot though. I’m glad I came back from Japan in time to see this awesome festival, which is held not very often and I will definitly try to go again next time and maybe I will be lucky and get some more tickets for different skyscrapers.

So until next time … またね！ 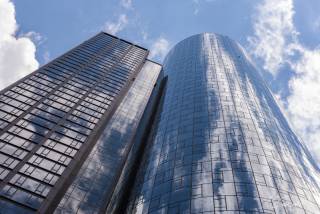 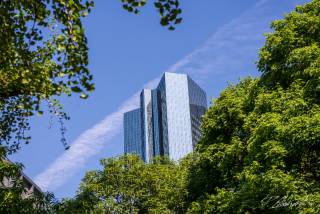 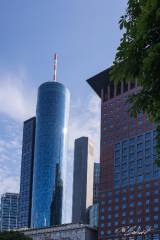