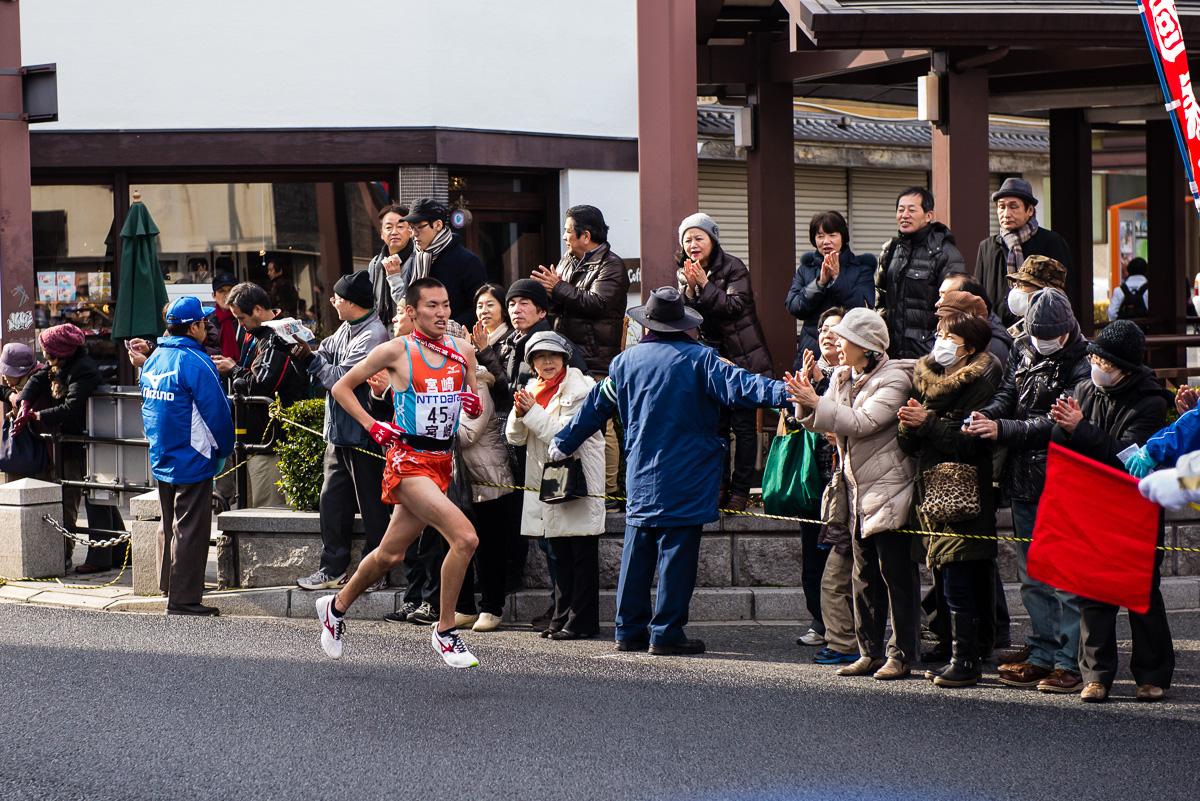 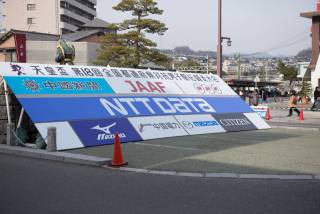 So last weekend I went back to the hostel. There was also a 48km relay race (which is called Ekiden) held in Hiroshima at sunday. I really wanted to go and see the race to take some photos. The runners happened to pass by near the hostel, because the relay race took place between the Hiroshima Peace Park and Miyajimaguchi, where the hostel is located. In the morning when I went to get something to eat it was already crowded, tents were build  and there were lots of people around but the cars were still going on the street. When I asked when the runners were supposed to pass by here I was told probably between 2 and 3 o’clock. 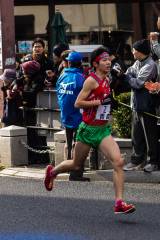 , so there still was lots of time to kill. I think I worked a little on my website and before I noticed it was already 2 o’clock. I packed my camera and went outside to check what was going on. At first I thought the thing was already over, because people already started packing their tents and the crowed had disappeared. Then I spotted all the people a little further ahead, so I went to take a look. There it was! I saw some people running. The road was closed and everywhere were people to make sure no one would run on to the street. Every time a runner was passing, the crowed started cheering and shouting things I couldn’t understand. I tried to find a good spot to take some pictures, 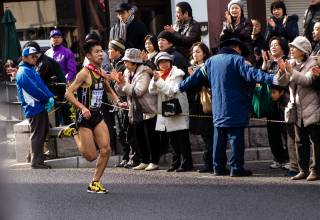 which was quite hard because there were the „security guards“ everywhere and I would have to shoot over their heads. Finally I made it to the first row, directly in front of one of those guards and managed to have a small passage I could shoot trough. Most of the time people moved in my way, it really was a pain. Suddenly police bikes and then cars happened to drive by on the road were the runners were. At first I was really surprised but then I saw normal cars behind them and the security guards started to open the road again. Turns out I was to late and only was able to see the last runners. 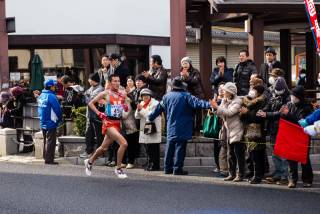 I was kind of pissed at myself, because I didn’t go earlier, mainly because I did not want to stand around and wait. On most of the pictures were arms or heads in the way and I had to crop the hell out of the pictures because 70mm focal length of my lens was not even close to be enough,but thanks to the 24 MP Sensor of my D600 it wasn’t a big deal to crop a lot. Most of the pictures are only 1/4th of the actual picture. I also forgot to turn down my ISO value from the day before (it was set to 3200, in bright sunlight) so most of the pictures turned out waaaaaaaaaaaaay to bright, but I was able to recover most of it in post process. 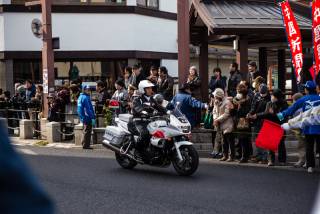 Just for fun here are two of the original pictures just to show you what the originals look like compared to the processed ones I showed  here and how powerful post process really is (if you shoot in RAW format)! 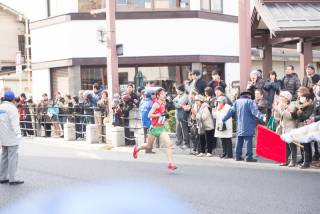 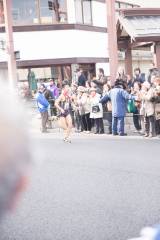 Well nobody is perfect, and I’m far from it 😉 but i still managed to recover as much as possible. Next time I will try harder, until then … またね !

Picture of the Day 29