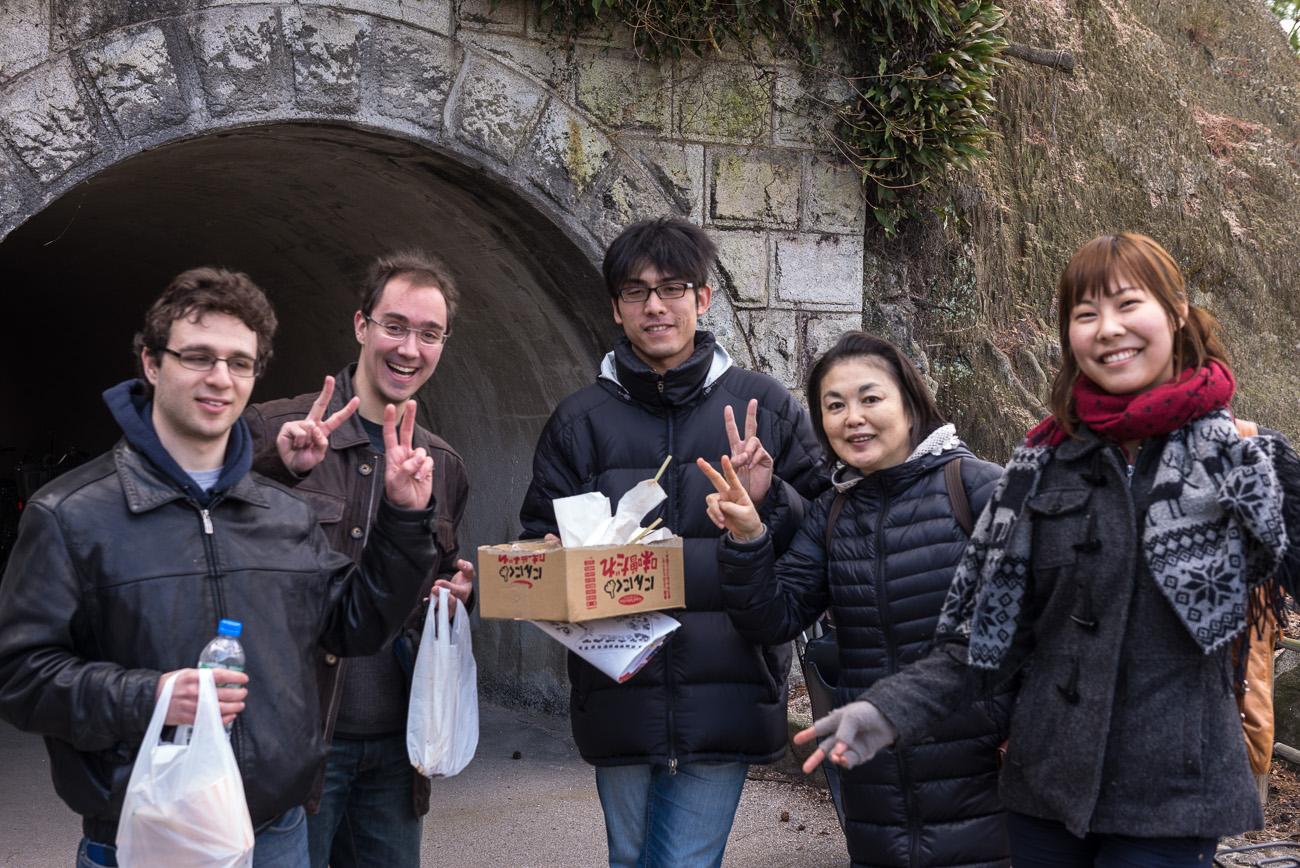 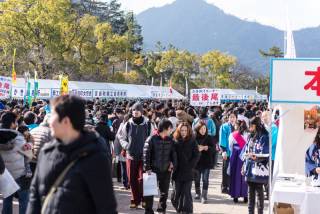 Like almost every other blog entry I will also begin this one with the words“ Last weekend I was…“ … at the Oyster Festival on Miyajima island! Oyster in japanese is かき (kaki). There are many different Oyster festivals all around Hiroshima at the seaside and they are all held around the same time, because its oyster season. Before I came to Japan I actually had never tasted oyster and I thought it would be something totally disgusting and slimy, which they may be are if you eat them raw. 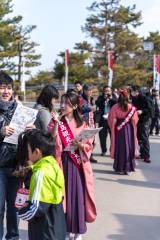 I still did eat any raw ones and I actually don’t plan to, because I already know two persons who got sick from eating them raw and for them it was no fun at all! Well anyways, back to the oyster festival. We went with six people from the hostel including me. The festival was supposed to start at 10 a.m. and we left the hostel around ten minutes after that. When we got to the island it was already crowded as hell and the lines to get the different kinds of oysters were quite long. We decided to spread out so that everyone could get something different to eat. At fist I did not even realize were the lines all the people were waiting in ended so I decided to first take a look around. The place was pretty crowded so I started by circling the main area of the festival. I wanted to find a line which wasn’t so crowded. 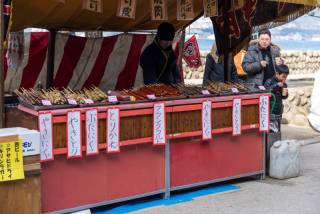 There were also other booth were you could buy food and I ended up buying a cup of deep fried stuff. I didn’t even know what it was, it turned out to be chicken. After I bought the chicken I saw a stage were traditional japanese dances or plays (I’m not sure) were performed and music was played. It was really interesting to watch and also already very crowded. While I was watching the play I was joined by Nagisa. She had a good laugh at me because I bought chicken instead of oysters and it was the oyster festival! 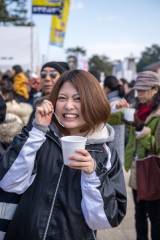 When she left again to join the other girl waiting in the line I was joined by Hajime, who also thought it was strange that I had gone to buy chicken. After some time we met up with the rest and we had lots of different food. Oyster soup, deep fried oyster, oyster tempura, sea eel in 2 different variations and of course my chicken! It turned out to be good that I bought the chicken because one of us did not like sea food. The oysters were all very delicious and also the sea eel was fantastic. At first I was sceptic because I had never had sea eel before but it tasted really good! After eating most of the things we went to explore Miyajima and went to Daisho-in Temple. Its my favorite temple in Japan, but I will write in detail about that another time. After visiting the temple the others went to climb Mt Misen. Given the fact that I have been up there to often this year I actually made my way back to the festival, since it was getting even more crowded I soon left the island and headed back to the hostel. Here are some more impressions from the oyster festival (you can find some more on my flickr page): 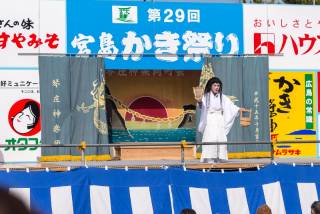 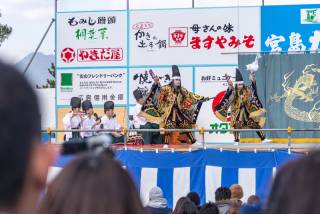 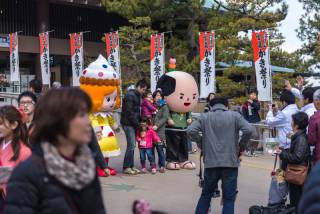 And here are some pictures of the oysters and the sea eel, soo yummy ^_^v 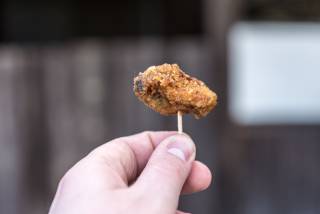 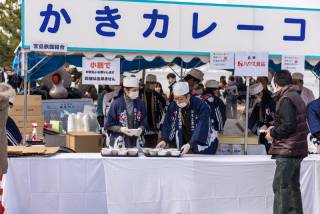 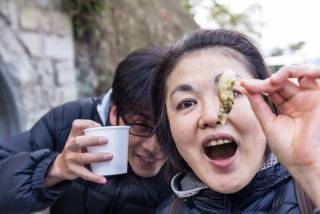 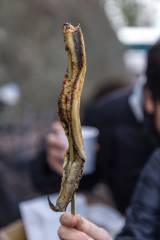 All in all it was a great but short festival and the food was very delicious! I like to go again next year, but maybe then a little bit earlier, because I heard they start selling the oysters even before the festival starts. So until next time … またね ! 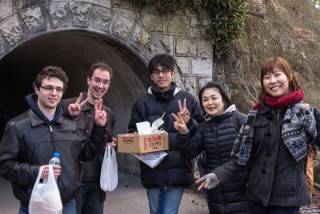 Picture of the Day 47

Picture of the Day 48

Hey Pitri, once again a nice report. Actually what do ya mean by coming back next year? There is a chica, right?
Goooooooood job son……..will you ever return? If yes do not forget to bring Arti one of those cool costumes like the guy with lese hair.
Enjoy your time over there.