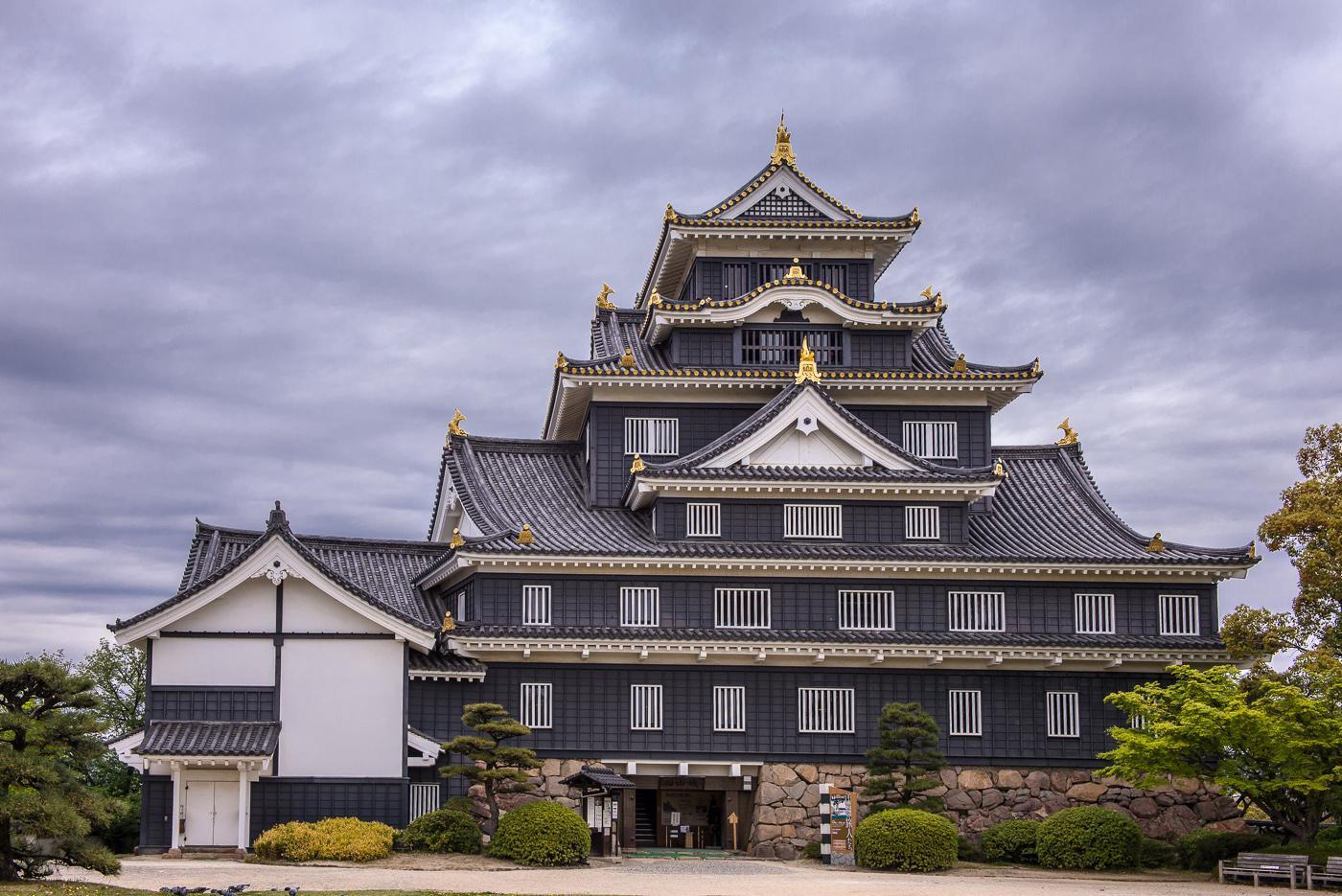 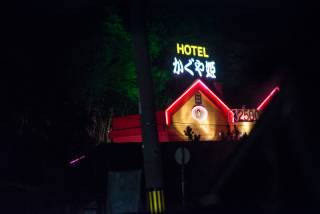 This will be the first part of my report about the road trip we made last weekend. We rented a car for seven people and had the following destinations : Okayama, Naoshima and finally Kobe. Stocked up with snacks, white cake, juice boxed and other liquids we left Backpackers Miyajima friday evening. For navigation we used Google Maps, which is still in Beta stage, thats why we almost ended up in this Love hotel because it directed us to this one instead of our hostel, because all the roads were newly build. 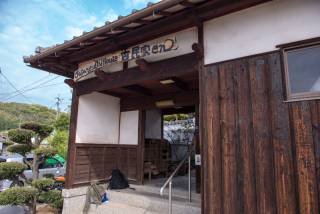 Luckily we still made it to the hostel, compliments to our driver Jesse, who managed to get the car through streets that were exactly as broad as the car, I would have probably failed here. Like the name of the hostel „Japanese Old House en“ already says, was it a traditional old japanese house, which was newly renovated. I liked the style a lot even though it everything was very small. It was more like a small castle with a wall all around the house. They also had very old stuff as interior, like this TV, everyone wondered if it would still work and bring you news from world war 2. 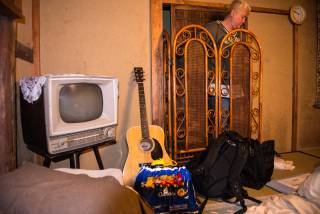 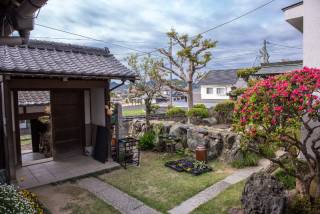 We only spend the night and woke up early so we could drive the rest to Okayama, because we weren’t able to find a cheap hostel closer to Okayama while preparing for the trip. 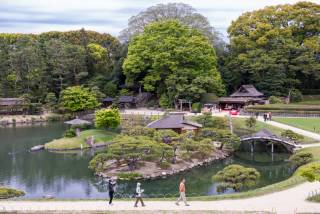 After arriving in Okayama we first had breakfast at Gusto, mostly sausages and eggs or pizza toast, which they serve with a pizza cutter …. Filled up with food and drinks we made our way to Korakuen Garden, which is supposed to be one of the three most beautiful gardens in Japan. Sadly the weather was very cloudly on the verge of rain. The park itself is very beautiful, which does not really come across on the pictures. On the other side of the garden is Okayama castle which you can also visit. 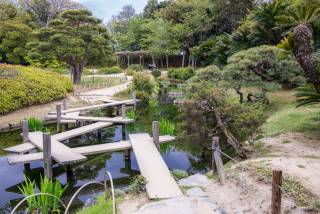 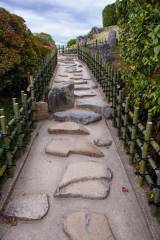 We kind of went straight for the castle, which is a lot bigger then Hiroshima castle. 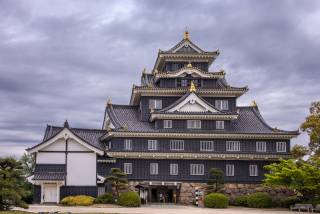 You can enter the whole surroundings of the castle for free, which is really nice. To enter the castle you have to pay but we didn’t do it. We also were short on time because we had to get to Naoshima on the same day and after this to Kobe, which was both a 1,5 hour drive. After visiting the castle we went back to the garden to have a walk around. It was really beautiful, but the weather was getting worse and it started to rain. We decided to head to Naoshima and try our luck, maybe we would have better weather there … to be continued! またね! 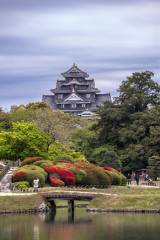