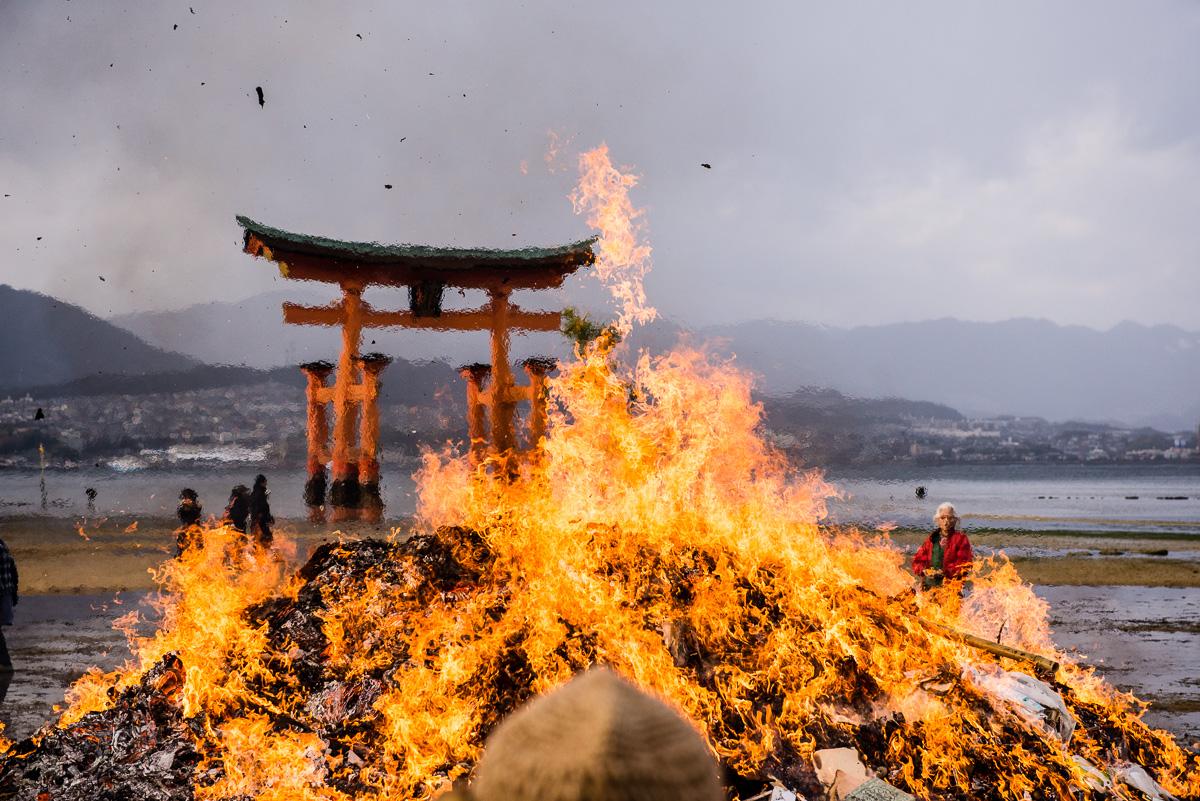 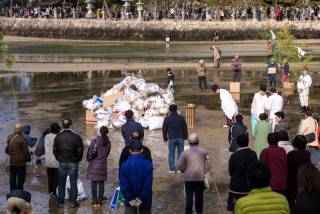 So last week I was at a festival at Miyajima again. The japanese like to burn stuff … a lot. Every religion or culture has its own procedure to deal with sins and a new start. The christians for instance  confess their sins to get to salvation, other people do other things. The japanese like to burn stuff, like I mentioned before. This festival was about burning new years ornaments  and garbage, which is piled up  and then blessed by the „priest“, as you can see in the picture. After the blessing it is set on fire. I was told it’s called Tondo-yaki. 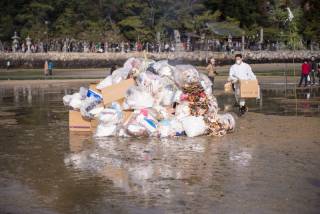 Around the big garbage pile there are a lot of people waiting for the fire to start. 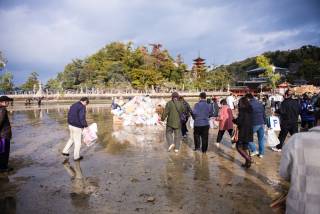 . As soon as the priests are gone and the fire started, people are rushing in to place their bag or box of garbage and or new years ornaments on the pile as well. Slowly the fire is progressing and its getting bigger and bigger. In the beginning you can see a lot of smoke, because everything is wrapped in plastic (like everything in japan). Some people think its a good thing and will bring good luck or whatever to inhale the smoke. I saw some people getting into the big smoke cloud on purpose  and inhaling it, I tried to get out of it. 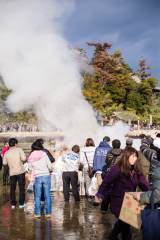 As a chemist I don’t have to tell you that this won’t bring good luck, but rather cancer or some other toxic reaction…. But as said before every culture has its own rituals and who am I to question this. 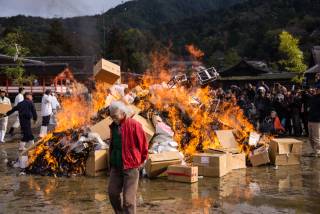 They also had a huge pile of boxes and bags, filled with all kinds of new years ornaments and garbage, stored at the shrine. They used 2 cars to drive all the stuff from the shrine to the fire, which was like 150 meters away. It was just way to much to carry. As soon as a car arrived  the helpers, wearing white clothes, started unloading and throwing all the bags and boxes into the fire. As soon as they were done, the car left to get the next pile and the other car arrived. Also there were still normal people coming and throwing their bag into the fire. Here are some impressions: 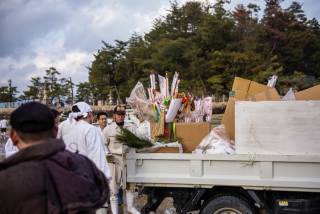 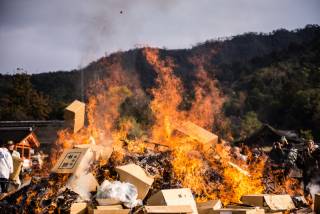 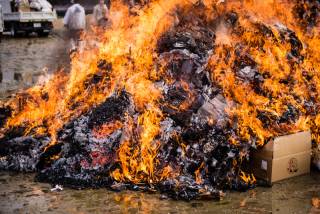 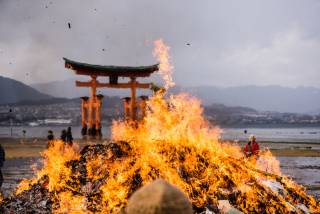 From time to time it was really windy and ash was blown in every direction. Sometimes burning this flew trough the air and sometimes they were rather big. I was hit by one directly on my chest, but nothing was caught on fire. 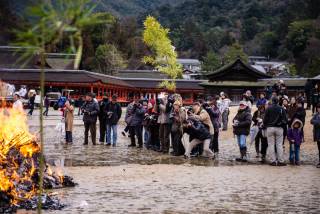 Maybe that was bad luck because I did not inhale the smoke ;). There also were a lot of photographers, but they all mostly stood in the same place, because you could get a shot with the torii in the  background, like you could see in the last picture. They did not start walking around the fire until there was no more stuff coming to the fire. So I could roam around freely taking picture out of every different angle without me getting in someones way, or someone getting in my way. Only the torii shots I had to take over their heads, but I’m getting used to doing so. 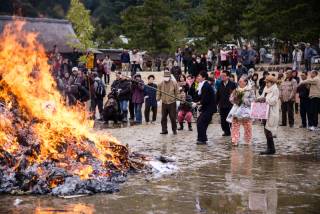 Another thing which really surprised me was, that some people had rice cakes on big bamboo sticks, to put them into the fire and eat them afterwards. If you eat it, it is supposed to bring you good luck and good health … maybe if you don’t choke on the molten plastic or get poisoned by the smoke ;). But again who am I to question this. There was even a bigger metal cage, with bigger rice cakes inside which they threw on the bonfire and let it heat up for like 20 minutes.  The whole thing took about an hour before most people left, but the fire kept burning  for hours. 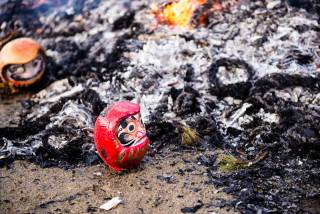 I hope this little guy survived the fire, but I will probably (since I have written that word so often now, I finally know how to spell it …) never know. When I made my way back to the hostel there was beautiful scenery shortly before sunset with the sun shining trough the clouds with lots of rays of sun. I want to close this report with a final picture of that, so until next time … またね ! 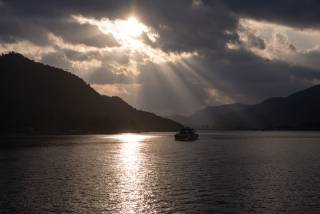 Picture of the Day 24

Picture of the Day 25