Home Blog The first days in my new apartment 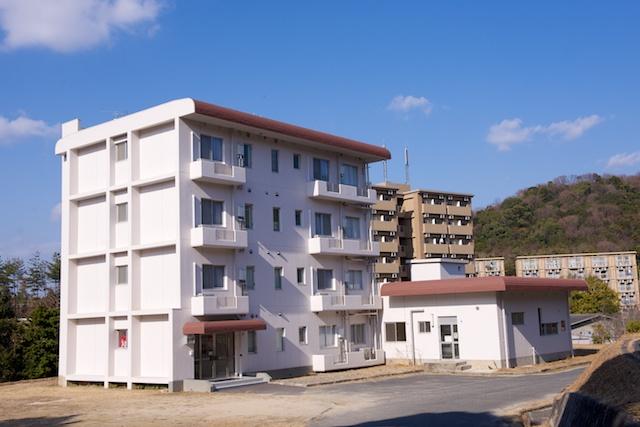 The first days in my new apartment 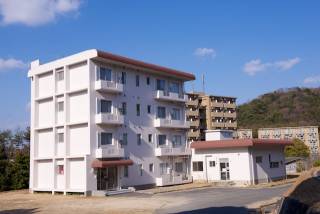 The house with the beautilful name Yamanaka Kaikan is located on a small hill near Hiroshima University. It takes about 15 minutes to walk to my laboratory. Saijo where all of this is located in general is a half hour train ride from downtown Hiroshima and I think behind Yamanaka Kaikan the city kind of ends, because there only is a forest. Since east Hiroshima is located higher then downtown and I’m living so far outside you can guess, that is really fucking cold in the winter, which is now. When I first got into my room, it was even colder then outside, because there was probably no one living here for quite some time. Also everything was new, it looked like the place had been rebuild not so long ago and no one used it since then. If you have not seen it, I already wrote about my room.

So here I was in my home for the next 3 month. 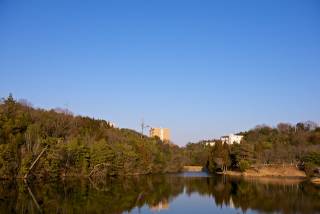 The first thing I wanted to do, is heat up the place and make it inhabitable, which turned out the be almost impossible. I guess the room temperature when I first arrived was around 0°C and the only thing to heat up this place is the air condition there is no heating system or whatsoever. The air condition was not even remotely powerful enough to heat up the room in a short (or even long) amount of time. Luckily I had left my sweater in the hostel! After putting my cloth which I brought with me (mostly T-Shirts and everything else you need in winter ;)) into the wardrobe I realized that I had not eaten all day. So now I was hungry AND cold … great. Intelligent as I was this day I had declined the previous request if I wanted to go shopping, because I thought I had everything with me. Everything apart from something to eat or drink. 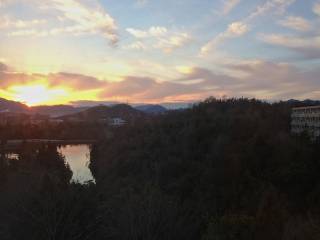 The sun was already setting and so I thought this was a good time to see if I had remembered the way to the 7-eleven and it was „warmer“ outside anyways. On my way to the 7-eleven I passed the pond located in front of the house, it was partially frozen (just saying so you get an idea of how cold it was). I also happened to pass the big supermarket „You Me Town“ on my way and I decided to go shopping there, because the big shopping centers or cheaper most of the time. I bought some instant noodles and a bottle of water, what I forgot, or wasn’t offered, was a plastic bag. There were only really small ones, without a handle, you could take for free and I didn’t know how to get anything else. I ended up taking 3 or 4 of the small ones 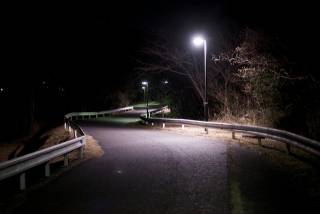 . It was quite the hassle, but I somehow managed it. On my way back it was already completely dark and it was getting even colder. When I got home it was still cold because the AC isn’t working if your key card is not placed in the slot next to the door and obviously I had to take the card with me. I turned it on again and boiled up some water to make instant noodles. I had to wait around 5 mins for the water to start flowing. Then after 5 minutes of waiting I got 2 minutes of brown mud. Like I said, there was no one living here for a longer period of time. In the meantime I was wondering what I could use to eat my noodles, because there were no chopsticks to be found. I searched the whole room, but nothing. I was already prepared to eat with my hands, like in the good (very) old days, but then I remembered about a small shelf near the entrance of the building where you could get soap but I couldn’t remember what else was in there. 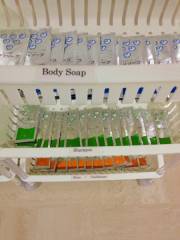 I went down again and finally found some disposable chopsticks and  some plastics sporks. Very pleased with myself that I had found the chopsticks in a time of need I triumphantly returned to my cold room to at least eat some warm noodles. After that I simply went into my cold bed and even turned off the AC to save energy (which I do not have to pay for). Normally I’m not such a wuss when it comes to cold temperatures, like many of you probably know, but it was just freezing, even the floor. When I woke up the next morning I was stiff and I’m not talking about my penis, but rather my whole body. I turned on the AC to heat up and thought about taking a hot bath. I turned on the water heating panel and tried to get warm water. Nothing. Ok maybe that would take some time, I opened the tap for warm water and went back to my laptop to somehow kill some time. After 15 minutes there still was nothing and I somehow started to doubt if I had set the panel correctly. Everything was written in japanese, but the manual said there was only one button for on/off, two arrows to adjust the water to the desired temperature and one button for restrictions, if you push it a lamp with „0 L“ turns on, I still haven’t figured out what it means. I closed the tap again and waited some more. After 25 minutes nothing…… This game continued quite a while, when I got the first drops of cold (!!) water 3,5 hours had already passed. After another half hour the water actually started to get warm and I started to fill the bathtub to take a „hot“ bath. After the bath the room was still cold, but not as cold as before, things were starting to get inhabitable. I would have returned to the hostel to get the rest of my stuff, but we actually had a new years party on that day on 6 p.m. so I stayed and went the next day.

Another thing which was really strange and a little creepy was the lack of any signs of life around. I was the only person living the the whole building and even in the student dormitories around you couldn’t see a single soul. The whole weekend I did not see a single person in this area. It kind of was like in a zombie apocalypse movie. So I hope you got a good impression on how I spend my first days at my new home and what things I had to fight. By the way now everything is working fine, it is still cold outside (we have snow at the moment) but the room isn’t that cold anymore, thanks to the constant use of the air condition. So until next time … またね !

Picture of the Day 20

Picture of the Day 21

damn! that must be a freekin cold room Mr. T-Shirt all year long!